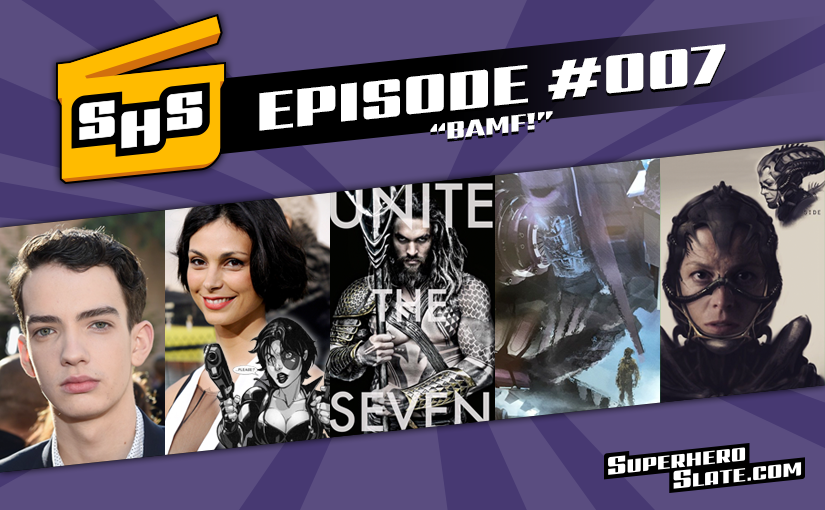 For this week's Superhero Slate, Chris and Mike talk about the Deadpool casting, Nightcrawler in Apocalypse, Age of Ultron, San Diego Comic Con, and how Aquaman’s photo is making a big splash!

What are we reading?
Chris - Avengers
Mike - Daredevil