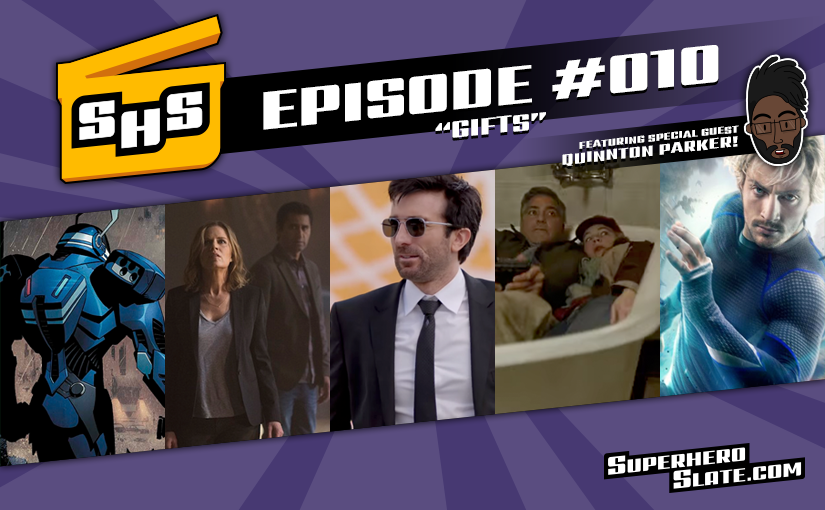 Happy 10th episode! We've reached a new milestone for the Superhero Slate podcast this week and we made it the biggest, best show we could. We had a longtime fan join the show to help us talk about the Ghostbuster's franchise, Daredevil's full length trailer, Star Wars movie news, DC Comics new superhero outfits, and the first Powers episode.